Who will grant us justice? 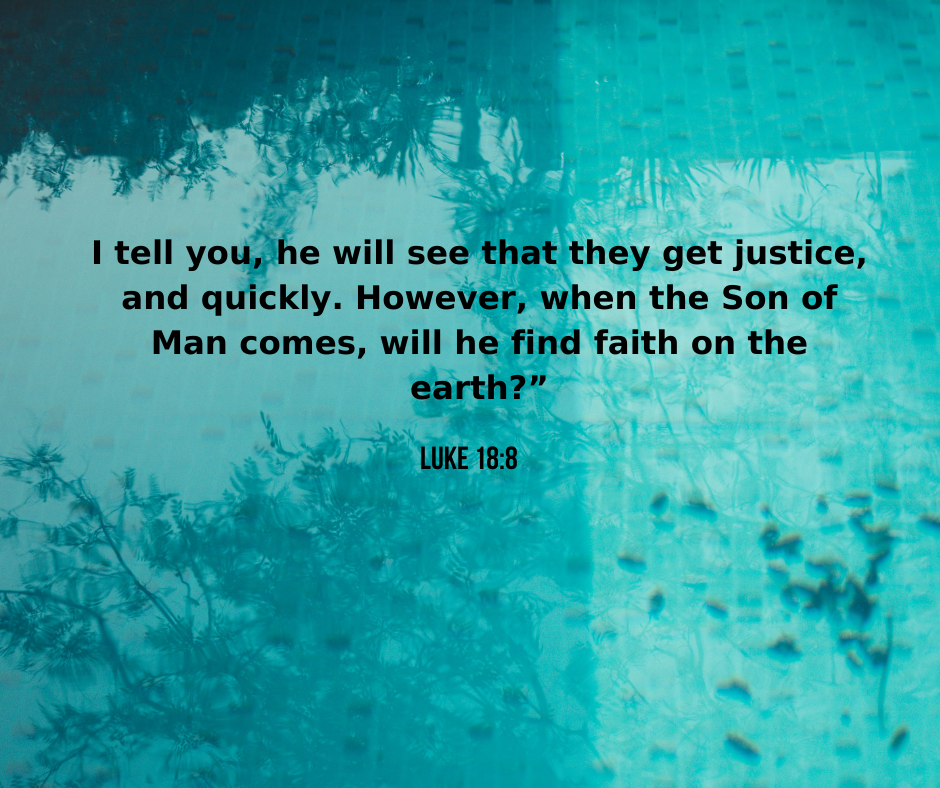 The Parable of the Persistent Widow

18 Then Jesus told his disciples a parable to show them that they should always pray and not give up. 2 He said: “In a certain town there was a judge who neither feared God nor cared what people thought. 3 And there was a widow in that town who kept coming to him with the plea, ‘Grant me justice against my adversary.’

4 “For some time he refused. But finally he said to himself, ‘Even though I don’t fear God or care what people think, 5 yet because this widow keeps bothering me, I will see that she gets justice, so that she won’t eventually come and attack me!’”

6 And the Lord said, “Listen to what the unjust judge says. 7 And will not God bring about justice for his chosen ones, who cry out to him day and night? Will he keep putting them off? 8 I tell you, he will see that they get justice, and quickly. However, when the Son of Man comes, will he find faith on the earth?”

The readings for today create the impression that if we do our part, God will bless us. We have a sense of ‘persevere and God will bless you’ in these texts.

In the Old Testament reading Jacob persevered in the struggle and received a blessing. In the Epistle reading Timothy is instructed to ‘continue’ and to ‘be persistent.’ And in the Gospel text we read of the ‘persistent widow.’ So what comes first, God’s grace or our persistence?

Lutherans insist that God’s grace gives us the strength to continue the Christian journey. We live by faith and not works! The Gospel reading teaches this. Jesus draws a contrast between God and the human judge: God will grant justice quickly and willingly, not on the basis of our perseverance, but because of his gracious nature to act on behalf of those in need.

So, we act in response to God’s grace. We are forgiven and so we persist in giving thanks, glory and worship to God. And we are blessed!